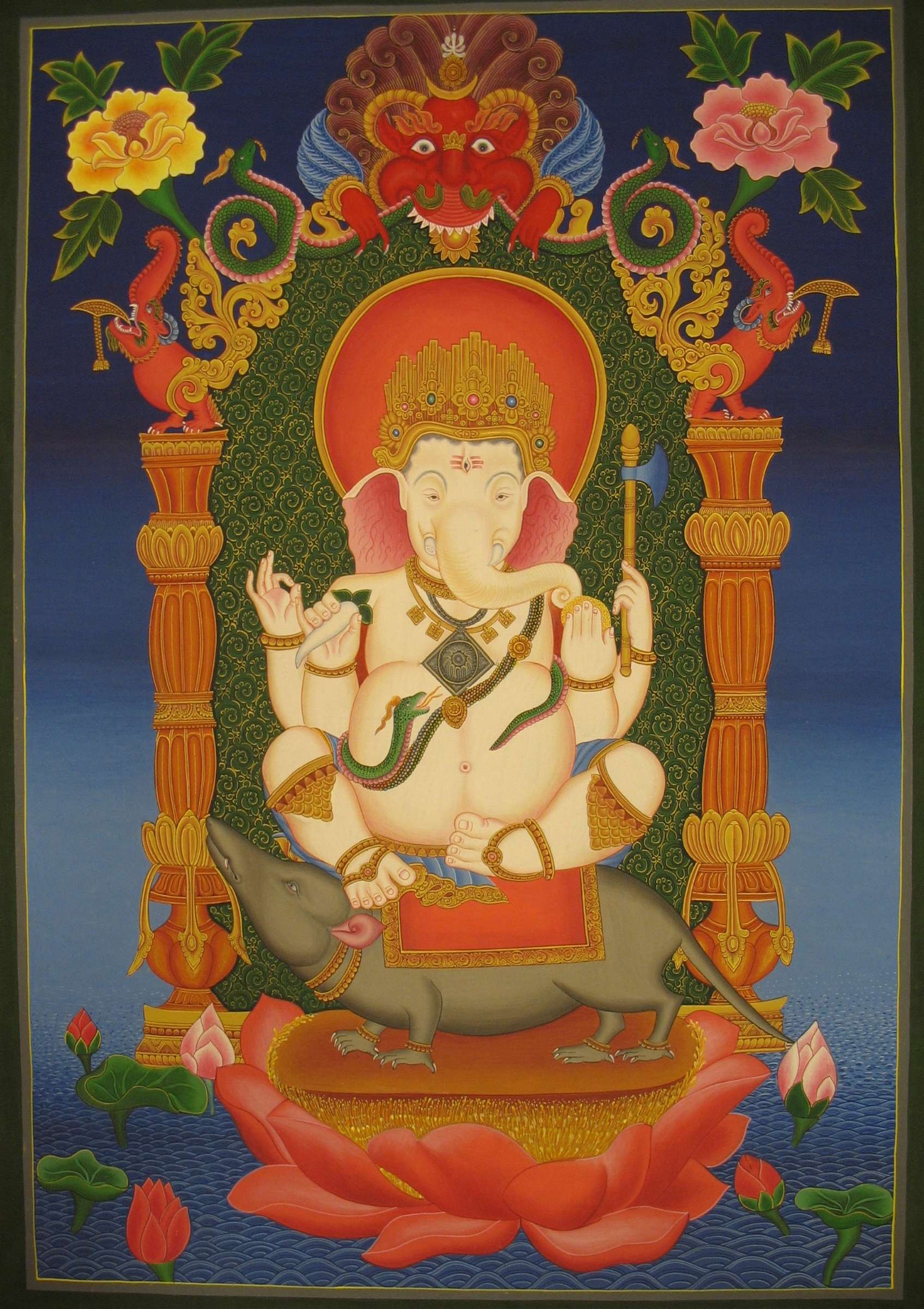 Ganesh traditional thangka art is hand-painted on cotton canvas by Thangka artist from Nepal. His image is found throughout India and Nepal.

Ganesh traditional thangka art is hand-painted on cotton canvas by Thangka artist from Nepal. His image is found throughout India and Nepal. Ganesha is one of the deities best-known and most widely worshiped in the Hindu pantheon.

Ganesh is presented at the center of the thangka. Hindu sects worship him regardless of affiliations. He may be portrayed standing, dancing, heroically taking action against demons, playing with his family as a boy, sitting down or on an elevated seat, or engaging in a range of contemporary situations.

He is known by many other attributes, Ganesha’s elephant head makes him particularly easy to identify. Ganesha has the head of an elephant and a big belly. This statue has four arms which are common in depictions of Ganesha.

He holds his own broken tusk in his lower-right hand and holds a delicacy which he samples with his trunk, in his lower-left hand. The motif of Ganesha turning his trunk sharply to his left to taste a sweet in his lower-left hand is a particularly archaic feature. A more primitive statue in one of the Ellora Caves with this general form has been dated to the 7th century.

The other hands are difficult to make out on the statue shown. In the standard configuration, Ganesha typically holds an ax or a goad in one upper arm and a noose in the other upper arm.